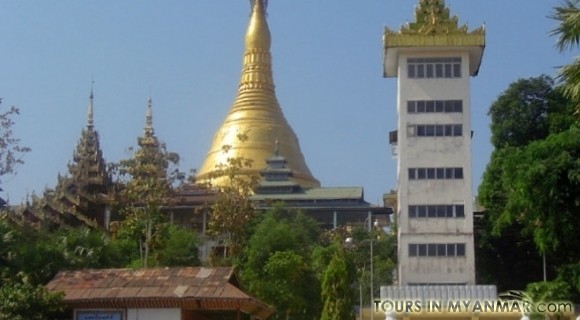 First coming to prominence in the 15th century as the main port city of the Hanthawaddy Kingdom, Thanlyin Township comprises 17 quarters and 28 village tracts. Located across Bago River from the city of Yangon, this town is now a major port city of Myanmar. To get in Thanylin, you can take a taxi for a short ride or catch a local bus from Bogoyoke Aung San Road in Pazundaung Township for a crowded ride.

Thanlyin is home to Myanmar Maritime University, one of the most selective universities in Myanmar. Since the early 2000s, students from Thanlyin and surburbs have to attend local universities such as the University of East Yangon for liberal arts and sciences and Technological University, Thanlyin for engineering.

Since the 1990s, the city has undergone major changes. Thanlyin was finally connected to Yangon by road in 1993 when the Thanlyin Bridge was built. In the late 1990s, Thlawa Port was built to handle container ships away from Yangon’s ports. Myanmar International Terminals at Thilawa or commonly known as Thilawa port is famous as the largest deep water sea port in the country, and deals with the major of the shipped imports and exports to/from the country.

One attractive spot in Thanlyin is Kyauktan Ye Le Phaya, located on a small island in Hmaw Wun Creek, a tributary of Yangon River. It is approximately 20km south of Yangon. This is a collection of temples and pagodas built under King Bawgasena. The gilded temples and pagodas sit atop an elevated brick terrace, which is accessible via a set of conical steps on the left which lead up from the narrow strip of sandy beach. The tallest pagoda with its golden spire and large Buddha image resides at the center of the terrace between two large Buddha images. This compound hosts an impressive collection of paintings, sculptures and other fine demonstrations of Burmese Buddhist artwork and craftsmanship. In addition, there is an interesting roadside market across from where the boats to the island are boarded (remember to remove your shoes and socks before boarding.