Consisting of 3 towns and 1449 villages, the District of Keng Tung shares its name with one of its townships and its principal town as well. Inhabited by a wide variety of ethnic groups such as Wa, Shan, Bamar, Chinese, Keng Tung is also known as the Capital City of the eastern part of Shan State. Among all the regions of Shan State, Keng Tung Township owns a culture that is the most different from Burmese culture - a feature resulted from its natural geography.

According to legends, Keng Tung was established around a lake by a potent magician named “Tungkalasi”, resulting in the way the city is called – Keng Tung, meaning “Walled City of Tung”. Nowadays, the lake appearing in the stories is called Naung Tung (or Nong Tung, Nong Tong) Lake, situated at the city’s center. Also, the present day Keng Tung is filled with colonial style buildings, temples and lakes.

Its administrative center, Keng Tung town, is of charming allure – probably the most scenic one among those in Shan State. Surrounded by many mountains, the town is pleasantly cool and covered in a fresh green color all the year round. Verdant fruits and vegetables like apples, peaches, and watermelons are available in every season, and they can be purchased very cheaply. Plus, at Keng Tung’s markets, you can also Thai products with affordable and reasonable prices, as the town is very close to Thai border.

Coming to the town of Keng Tung, spend your time in one day of trekking exploration to contemplate beautiful mountains around and join in the lives of various tribes there, like Lahu, Akha, Wa, and Shan. 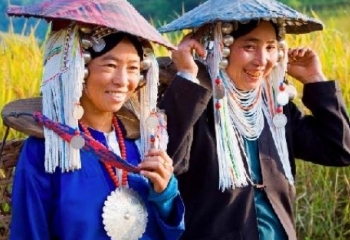 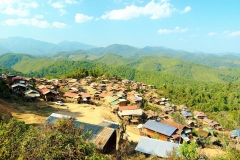 Akha villages
The Akha, or Kawtribes are the second largest in Shan State with population of several thousand... 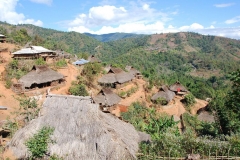 Ann village
Kengtung owns an amazing collection of temples and monasteries not similar to any you might see in... 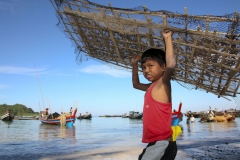