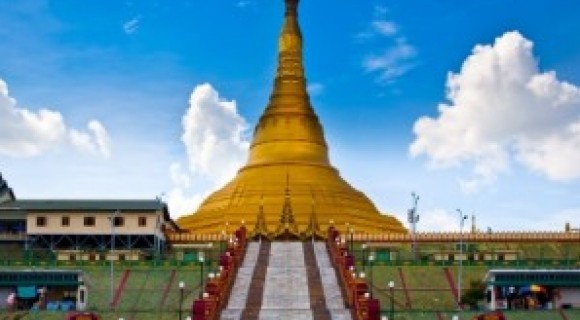 Similar in size and shape to the Shwedagon Pagoda in Yangon,Uppatasanti Pagoda is one of remarkable sites in Naypyidaw, the administrative capital of Myanmar. As if to stamp their mark on this newly created city, the government built this Burmese temple. The most fascinating thing of the pagoda is the 99-meter stupa. It is also called “Peace Pagoda”, containing a Buddha tooth relic from China.

The pagoda was completed in March, 2009. The pagoda is specially impressive by religious edifices such as Maha Hsutaungpyae Buddha Image in Maha Pasadabhumi Gandhakuti Chamber; four jade Buddha images in the cave of the pagoda; attaining Nirvana of the Lord Buddha; the 108 feet high flagstaff; Bo Tree Garden with Maha Bo Tree and the images of the 28 Buddhas; Sasana Maha Beikmandaw Building; Pitakat Building and religious Archive, etc. In the pagoda, ceremonies to confer religious titles on eminent monks and ceremonies to offer alms to members of the Sangha were held on a grand scale with the attendance of the Head of State at Sasana Maha Beikmandaw Buiding.

Construction of Uppatasanti Pagoda began on 12 November 2006, with the stake-driving ceremony, and completed in March 2009, built under the guidance of Than Shwe, head of Burma's ruling State Peace and Development Council. The invitation card for the stake-driving ceremony opened with a phrase "Rajahtani Naypyidaw" (the royal capital where the king resides). The pagoda is 30 cm shorter than the Shwedagon Pagoda.

"Uppatasanti" roughly translates to "protection against calamity". It is the name of Buddha scripture prepared by a monk in the early 16th century. It is to be recited in time of crisis, especially in the face of foreign invasion. 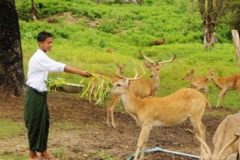 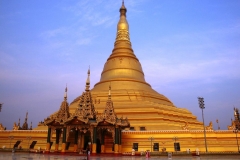 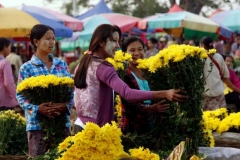 Myoma Market
Naypyitaw Myoma Market is currently the commercial centre of Naypyidaw. The market with almost 250... 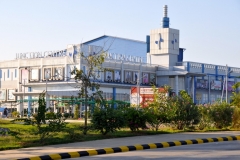 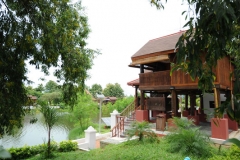