The Indeinn small village lies in a shallow part, right on the western bank of Inle Lake. It is impossible to access the village by boat during rainy season, in winter and in hot months because of the shallow water.

Indein which has various ancient pagodas is quite reputed to tourists. The first sight in the village is a number of boats, waiting tourists. The ruined pagodas on the top of the hill are very dramatic to see. You will visit Nyaung Oak, the first pagoda group behind the village. In Burmese, it means a group of Banyan trees. The ruin crumbling ancient pagodas have the ornate stucco carvings of mythical animals, celestial beings and mythical lions can still attract you a lot. Climbing along the stairway from Nyaung Oak will lead you to Shwe Intein Pagoda, built in 17th and 18thcentury. Some parts of these ancient pagodas are being renovated. Specially, you will have a great view of the village and the surrounding area from the hill’s summit. 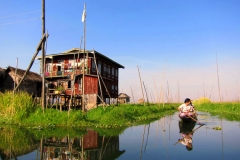 Floating garden and villages
Locals in Inle Lake do not make their lives only by fishing but also by cultivating. They grow... 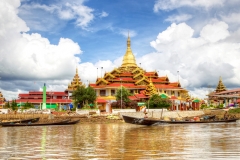 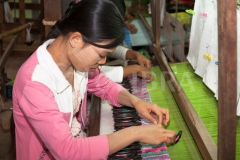 Local workshops: silk, cotton, weaving, cigar rolling
On Inle Lake, you will have a great chance to visit many workshops which bring you an unforgetable... 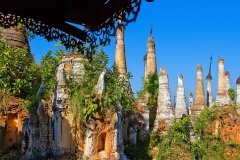 Indeinn village
The Indeinn small village lies in a shallow part, right on the western bank of Inle Lake. It is... 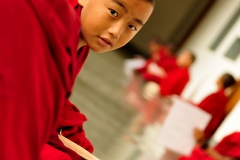