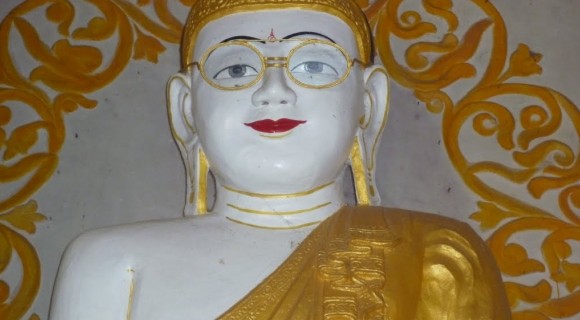 When traveling on Taungoo,one of the most attractive tourist destinations is Myasigone Pagoda which famous for not only religious values ​​but also ​​historical values.

Although less well-known than Shwesandaw Paya, Myasigone Pagoda still attracts lots of visitors every year, especially during the festive season. Beneath the stupa, an impressive brick pavilion sparkled glass mosaic dome has stored an ancient picture painting grand Myanmar kings and a giant sitting Buddha in royal costume with his face casted from the silver and bronze. Around this statue are seven Buddhas representing specific planets as well as seven days of the week. There are cabinets made by transparent glass nearby displaying smaller ancient Myanmar Buddhas which were excavated or donated by Buddhists and devotees. Opposite the sitting statue, two Chinese bronze goddess images stand in the majesty against a pair of pillars, one riding an elephant, one sitting on a Fu dog.

Located in the pagoda complex, a small museum features bronze sculptures of Erawan- a standing Buddha brought from Thai Land by Myanmar King Bayinnaung along with two British cannons from the invasion in 1897.

Until now, Myasigone Pagoda is still considered the highlight of Taungoo town, characterizing Buddhist culture in this land. 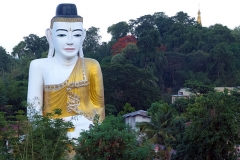 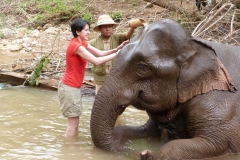 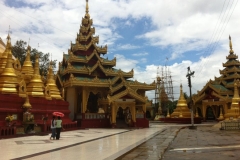