Besides tobacco trading, Pakkoku town in the Magway region fames for Thihoshin pagoda, built by King Alaungsithu of Pagan Dynasty. People do not know exactly the age of Thihoshin pagoda because it has been well-preserved over the ages. Especially, there is here 800 year old image which is the most honored in Burma. If you visit the townat the end of May or the beginning of June, you can join in the pagoda festival which is the most for all towns west of the Ayeyarwady area. At the festival, the local people organize the large shows and many fascinating traditional games. 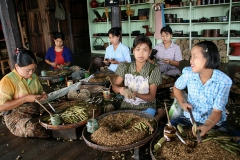 Cigar Cheroot Workshops
Among many fascinating activities for visitors to travel in Monywa region of Myanmar, we can visit... 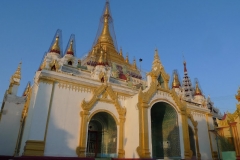