Free Quote for This Tour 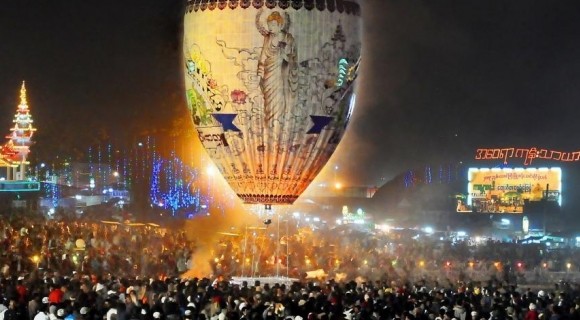 The Hot-air Balloon Festival, widely known as Tazaungdaing Festival in Myanmar, is held on the eighth full moon according to traditional Burmese calendar. Among the celebrations this colorful festival, the one in Taunggyi is the most renowned, with hot air balloons released into the sky in two consecutive days. Be a part of this tour to participate in the festival; along the path to Taunggyi, stop by famous Myanmar destinations. Note: this tour is organized during November as the time of Hot-air Balloon Festival in Taunggyi from 20th - 26th November 2015.

As you arrive at Yangon International Airport, you will be welcomed by our guide and driver, and then be transferred to your hotel for check-in. Let's start our Yangon tour by accessing the 2,500 year old Sule Pagoda in octagonal shape and Chaukhtatgyi Temple which holds the biggest reclining Buddha statue in Southeast Asia. To end this sightseeing tour, experience the wonder of Shwedagon Pagoda in sunset, being left breathless with its vivid color and sacred atmosphere.

At dinner time, we will take you to Karaweik Hall, a gold gilded magnificent palace in ship design located on Kandawgyi Lake to enjoy meal and also cultural show.

After breakfast at the hotel, take morning flight to Heho. On arrival, transfer to Nyaung Shwe jetty with boat transfer to hotel. Stop en route to visit Shan paper umbrella workshop and Shwe Yan Pyay Monastery before coming to the jetty.

In order not to miss a great opportunity to enjoy the scene of local tribes in their colorful clothes and exotic market atmosphere, in the early morning, we will take a boat to the lake and visit the local market which is held every five day.

Then we will move by boat to Indeinn to witness the farmers harvesting their crops and rarely-known site of Indein which still remains hundreds of ancient brick stupas and pagodas dated back to 17 century the ancient Shweinndein Pagoda. It will be a shortcoming if you are on Inle Lake without discovering the life of the leg-rowing Intha fishermen. Thus we will spend time meeting them and listening to their sharing of life and difficulties in life. If you like you also have chance to try rowing by legs with the local fisherman. They will teach you the way to catch fishes. 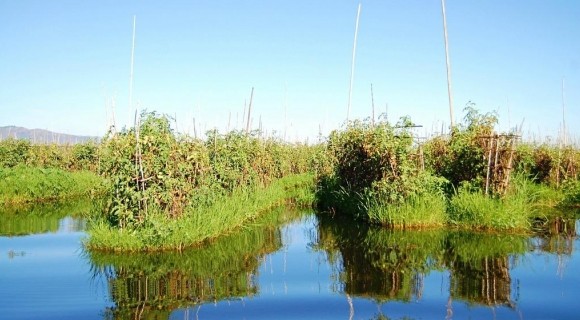 After having breakfast, you will transfer to Taunggyi to see the Balloon Festival celebrated one week before the full moon of Tazaungmone, the eight month in Burmese calendar. Being our tour's highlight, the festival is known as Tazaungdaing in Burmese, with giant hot air balloons of various colors and different animal shapes sent up to the sky, floating around the city.

Afternoon back to your hotel in Inle. 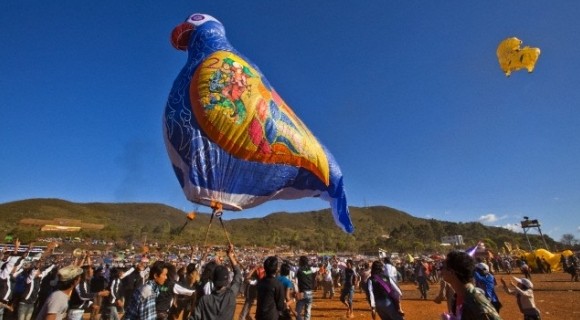 Today we also transfer to Taunggyi to see the Hot air balloon competition in day time. The balloon could be in the form of pagodas, ducks, dragons or even elephants.

Late afternoon drive back to your hotel in Inle for a good night. 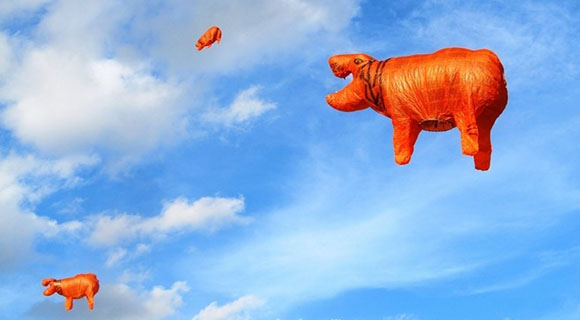 After breakfast, say farewell to Inle as we drive you to Heho Airport for a returning flight to Yangon. Upon arrival at your hotel in Yangon, check in and have lunch.

In the afternoon, we will take you to some famous workshops of the city which make jades, gems and jewelries. Afterward, head to Bogyoke Market (formerly Scott's Market) where you can buy various kinds of Myanmar as well as foreign goods. Also, spend some times walking down China Town filled with stalls along the pavements.

Have dinner and stay overnight in Yangon. 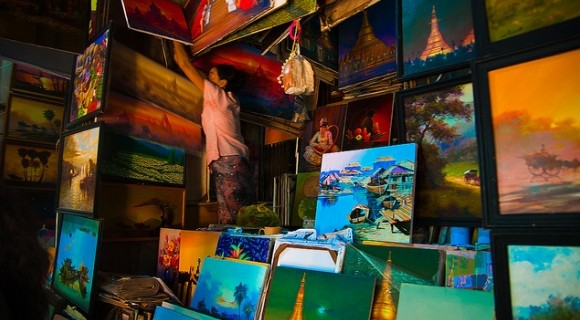 After having breakfast, catching sight of the daily life of locals along Yangon River, the nearby Botahtaung Pagoda believed to house the sacred hair of Gautama Buddha, and the Independence Monument located within the Maha Bandoola Garden.

In the afternoon, we will transfer you to Yangon International Airport. En route, drop by Mindhamma Hill to contemplate the world's largest Buddha marble statue placed in Kyauktawgyi Pagoda (named Lawka Chantha Abaya Laba Muni) and observe the white elephants - a sign of peace and prosperity.

As you arrive at the airport, say goodbye to Yangon.

Tour price is indicative only, please inquiry for a best quotation & best offers from us. Don't miss out! We are always here to help you...

My Tailor Made This Tour Free Quote for This Tour

We will send you the best offers quickly!