In nearly every Myanmar tour, Yangon is usually the first and foremost stop as it is the country's must-visit tourist attraction, most bustling commercial hub as well as largest city with its area of nearly 600 square kilometers and population of about 4.4 million. Before being replaced by Nay Pyi Daw in late 2005, the city was Myanmar's capital. Nowadays, it is the main gateway to Myanmar - via airway, waterway, and road.

Originally, Yangon was the small village of Dagon, and later in 1755 conquered by Alaungpaya King who changed it into Yangon, meaning “end of strife”. After being captured and returned by British in the First Anglo-Burmese war (1824-1826), in 1841, the city was destroyed in a fire. In the Second war in 1852, it was brought to life again under a new identity – British Burma’s political and commercial centre. In 1885 when the entire Burma was seized British colony in the Third Anglo-Burmese war, Yangon became the official capital of British Burma. By gaining its independence from Britain in 1948, Burma has developed quickly, especially Yangon.

With green covering the land, cool weather, tropical trees along two roadsides, many green parks and beautiful lakes, Yangon is known as the garden city of the East. In this land, individuals, regardless of ages, prefer chatting in tea room. They smoke the fragrantly traditional cigars and wear traditional costumes which have existed for centuries.

Among the city’s attractions, Shwedagon Temple is a spectacular Buddhist shrine considered one ancient wonder of the word. The temple is 98 meter height and much like a giant golden torch in the middle of the city. Hence, it can be seen anywhere in Yangon. The best times of a day to visit this wonderful temple are at sunrise or sunset. Other remarkable Buddhist constructions of the city are Batataung Pagoda, located in downtown Yangon, near the Yangon River and Sule Pagoda, a beautiful architecture of 2,500 years old – Myanmar’s oldest pagoda.

Wandering around Yangon, you may feel as if you are in a different world, the world of poetic “sleeping villages”.

Being marked by the old monasteries and temples hiding in the small forest is Thanlyin and Kyauktan Township. Formerly Syriam and usually pronounced as Tanyin, the township is home for the largest and most important port of Myanmar – Thilawa port. If you stop by Thalyin, do not miss the chance to visit Kyaik Khauk Pagoda whose stupa is similar to that of Shwedagon Pagoda, and Yele Pagoda which can only be accessed by boat.

Nearby, Twante Village is famous for its traditional pottery techniques. Hence, spend some of your time to observe the appealing process of making beautiful clay pots of different styles and sizes when you are here. North of Yangon City, along the road to Mandalay city, is Htaukkyant cemetery with nice and quiet scenes; it is managed by the Commonwealth War Graves Commission. The Cemetery still preserves more than 6000 graves, including Allied soldiers and those who died in the World War II.

Apart from the tradition facet brought by the real Burmese culture, Yangon presents a deep sense of modernity thanks to its colonial legacy. Indeed, the beat and rhythm of busy city streets create distinguished identities for the country and people of Myanmar. Visitors, especially shopaholic, easily find Bogyoke Market at central Yangon an ideal destination. Formerly Scott’s Market, Boyoke Market sells everything from common products like clothing and food to luxury items like gem and jewelry.

Being in Yangon, visitors can be parts of many activities. For example, witnessing a solemn parade of monks in purple and yellow overcoats, Burmese women in golden jewels is simply interesting. Also, a Circulation Train ride of three hours with just only one dollar is definitely a highlight of visiting Yangon. You can also join in other cuisine-related activities like cooking demonstrations and cooking classes.

Last but not least, one more important part of Burma is culinary in which both local and international dishes are capable of fulfilling your appetite. In Yangon, you can easily find specialties from all parts of the world like Japan, Italia and France at comfortable restaurants. Also, eating at food stalls along Maha Bandoola Road is another interesting experience. 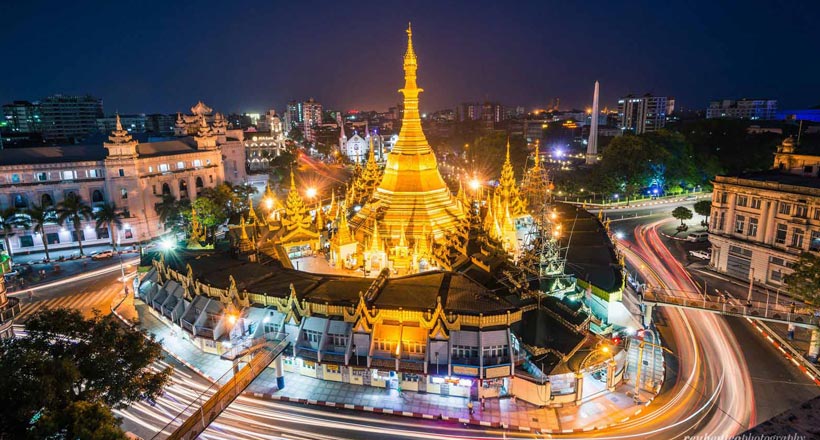 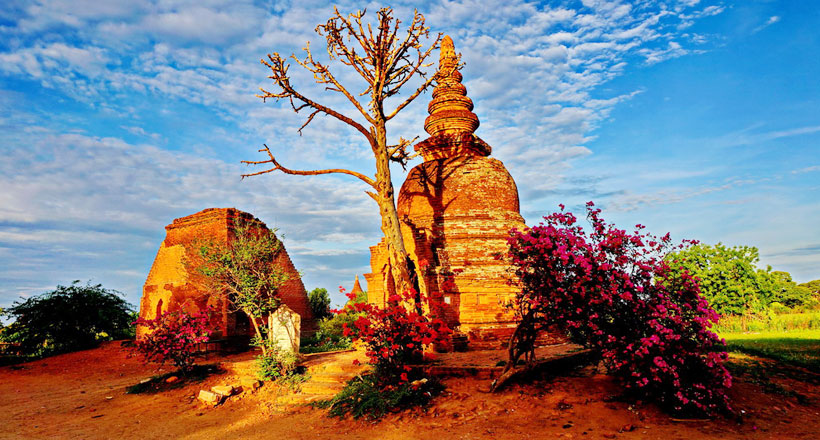 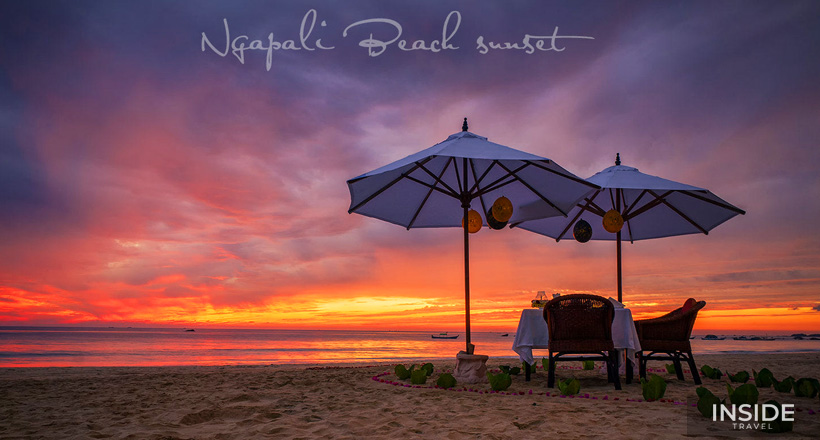 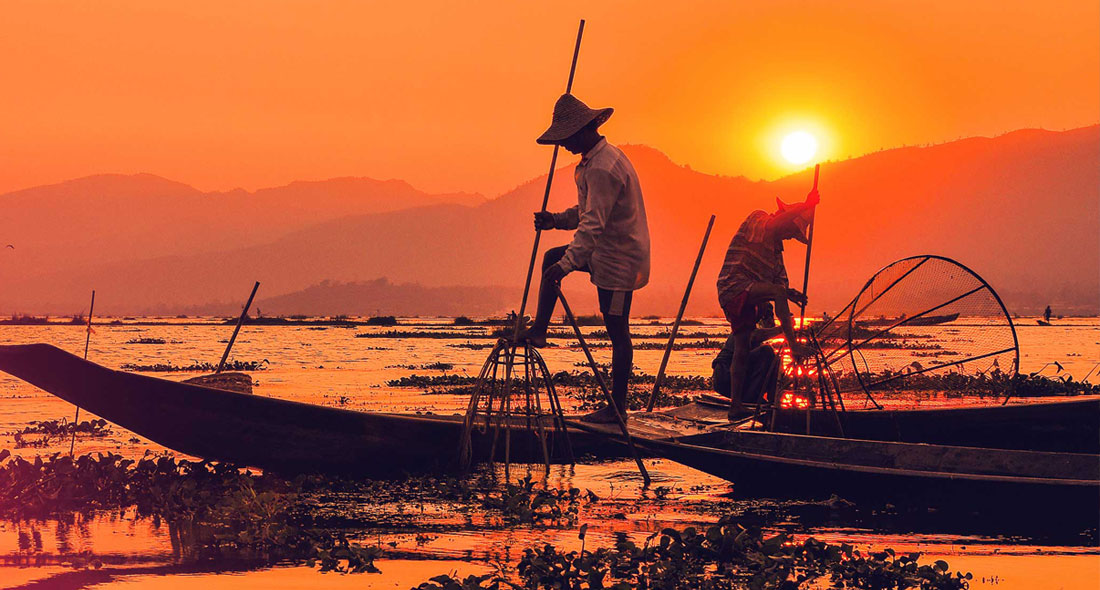 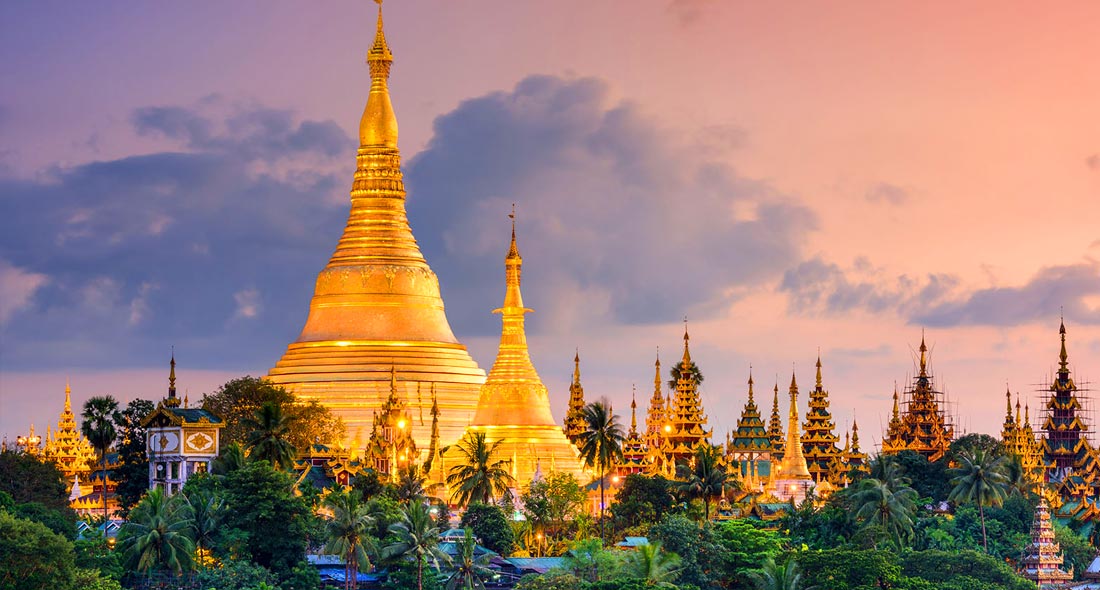 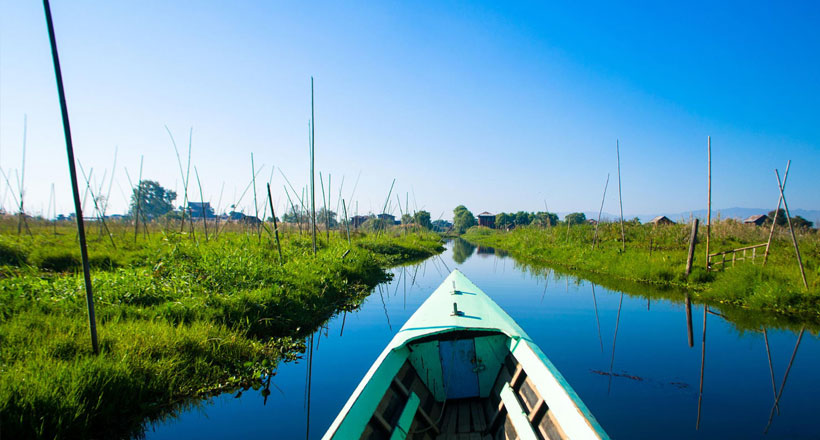 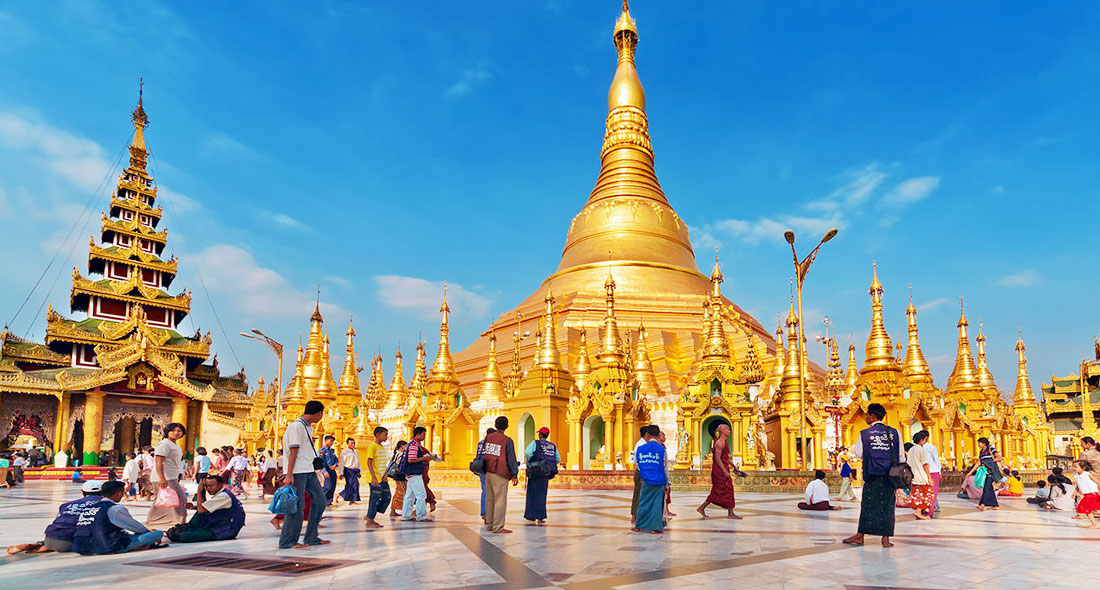 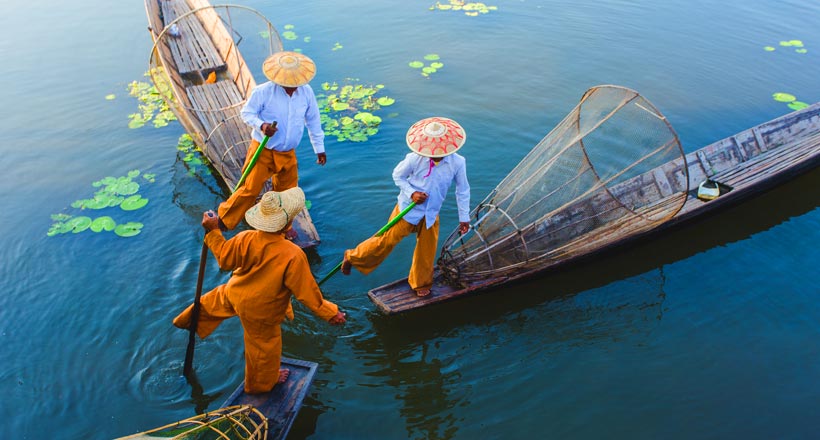 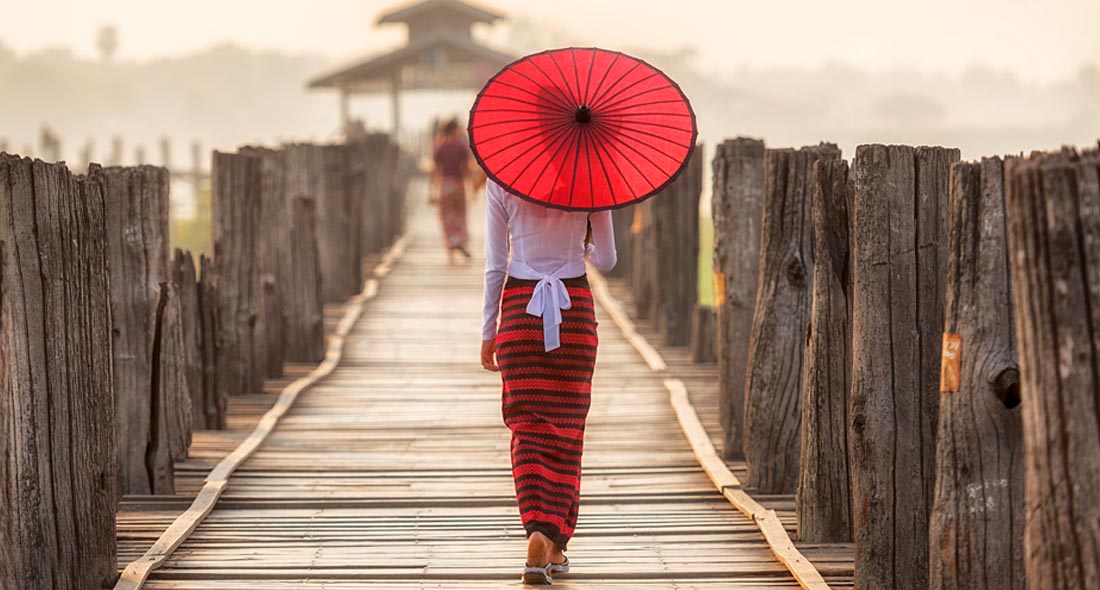 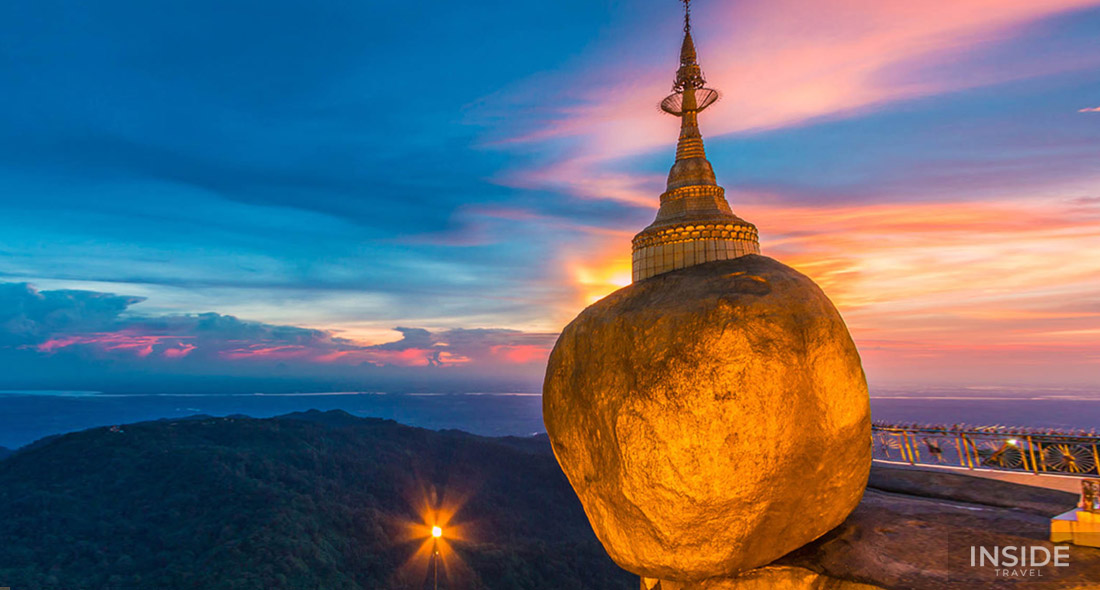 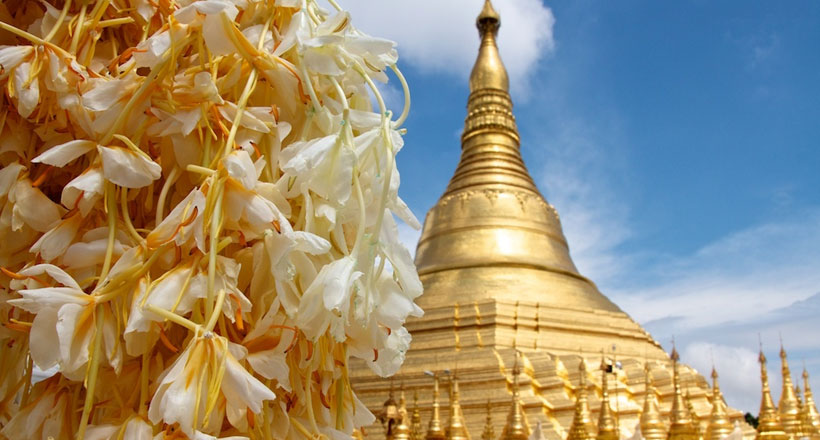 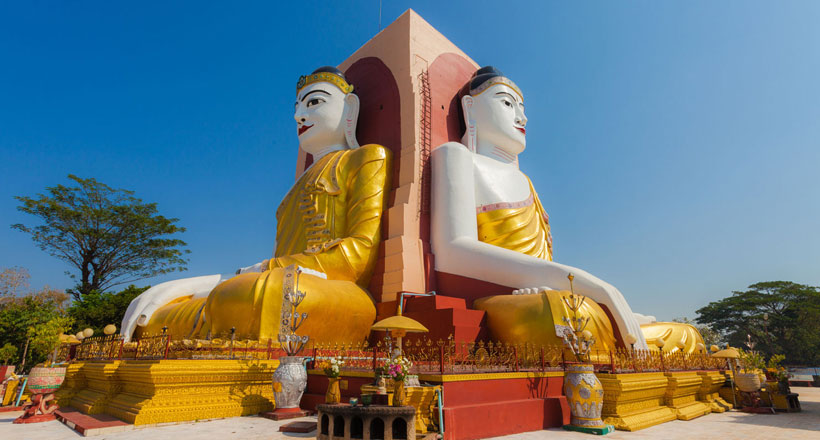 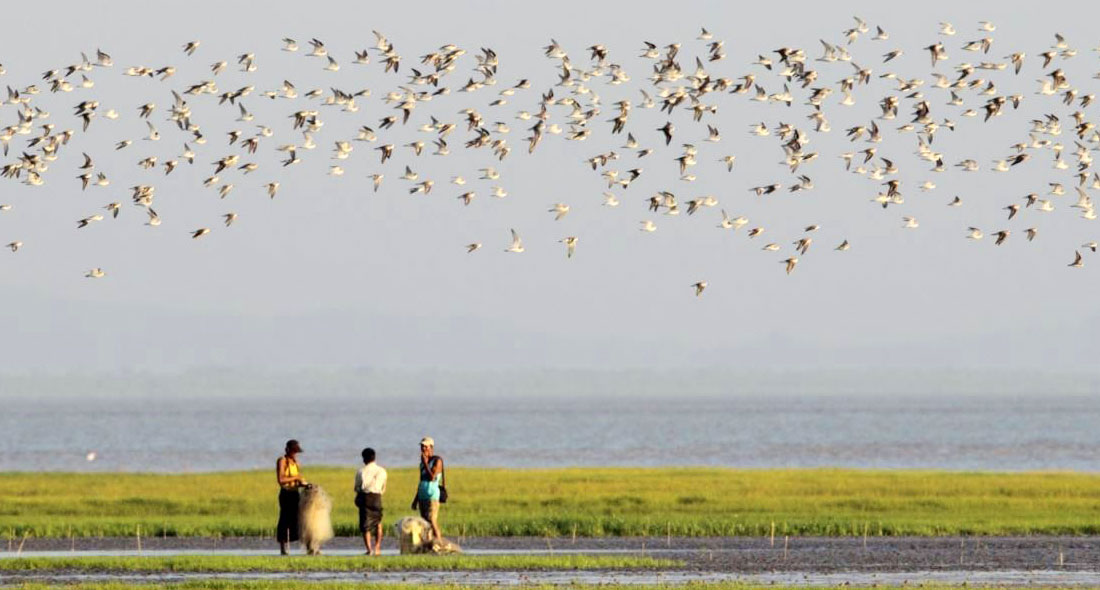 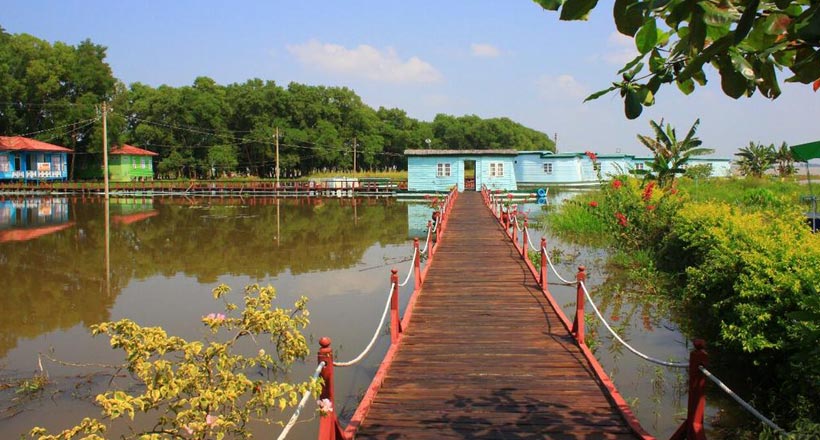 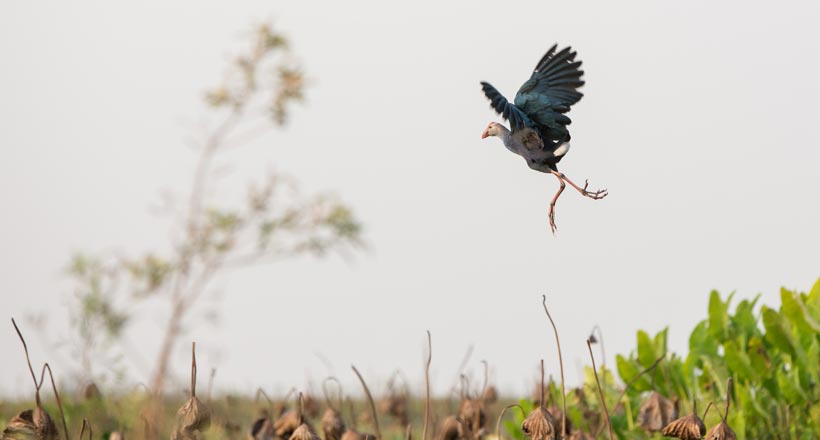 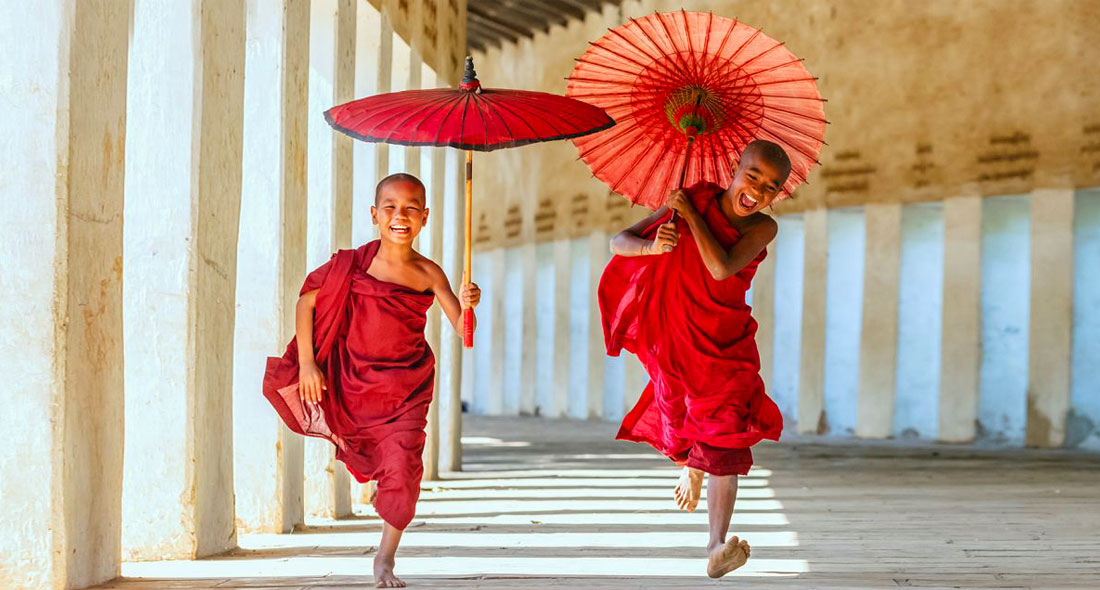 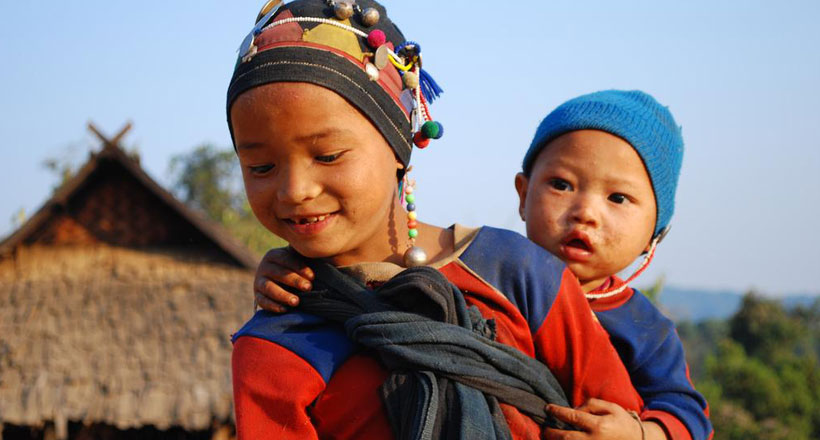 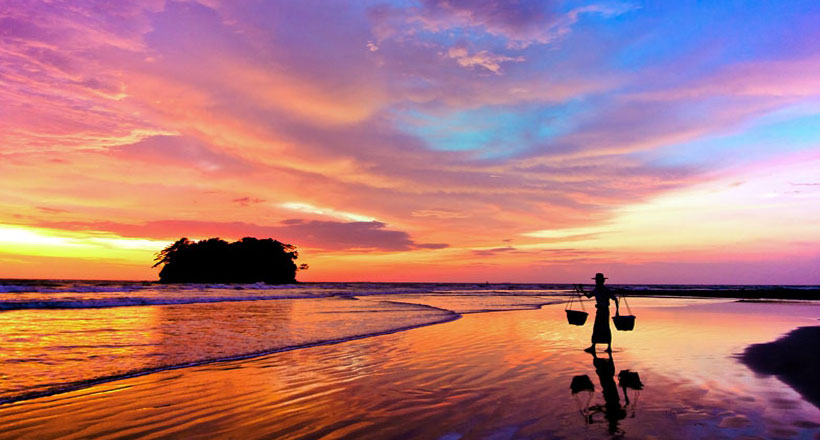 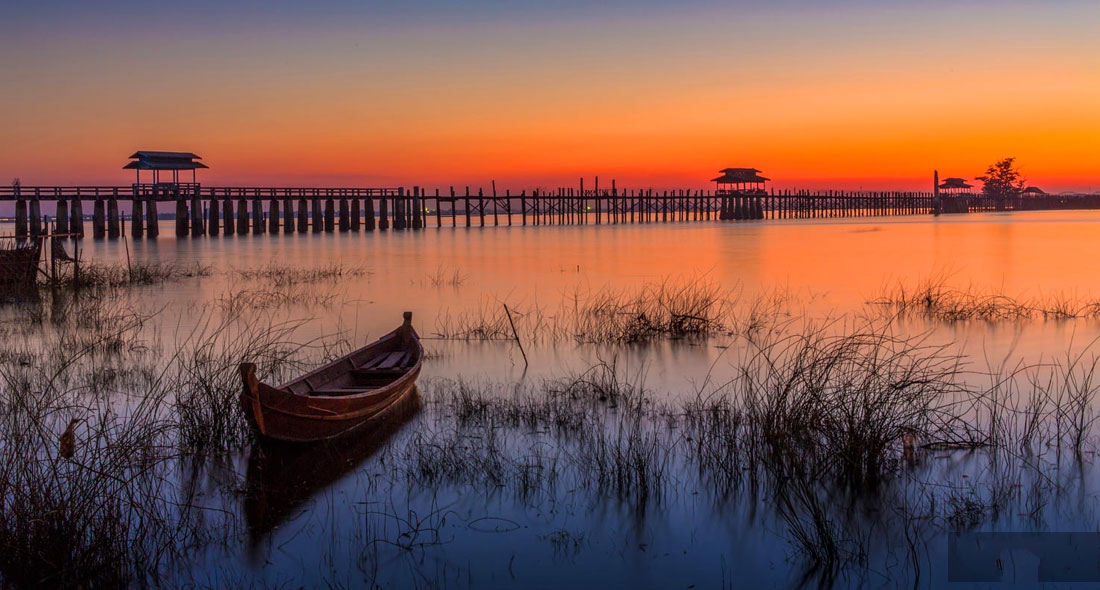 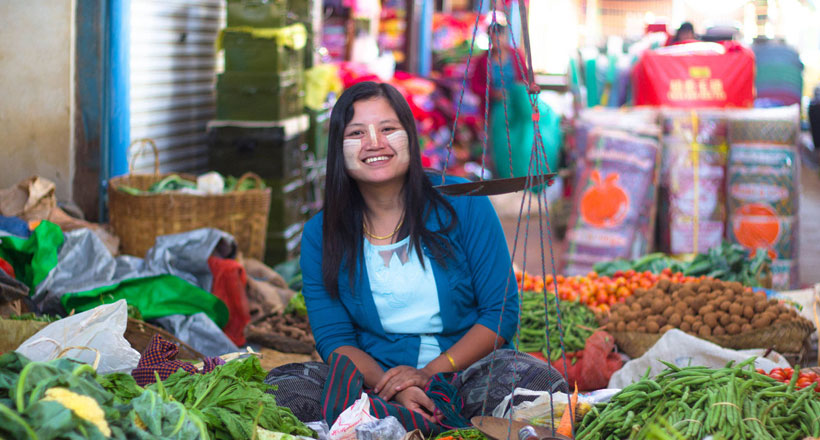 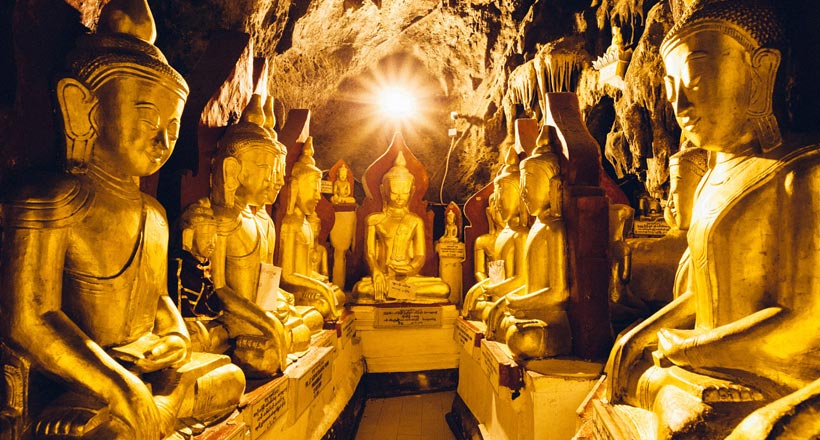 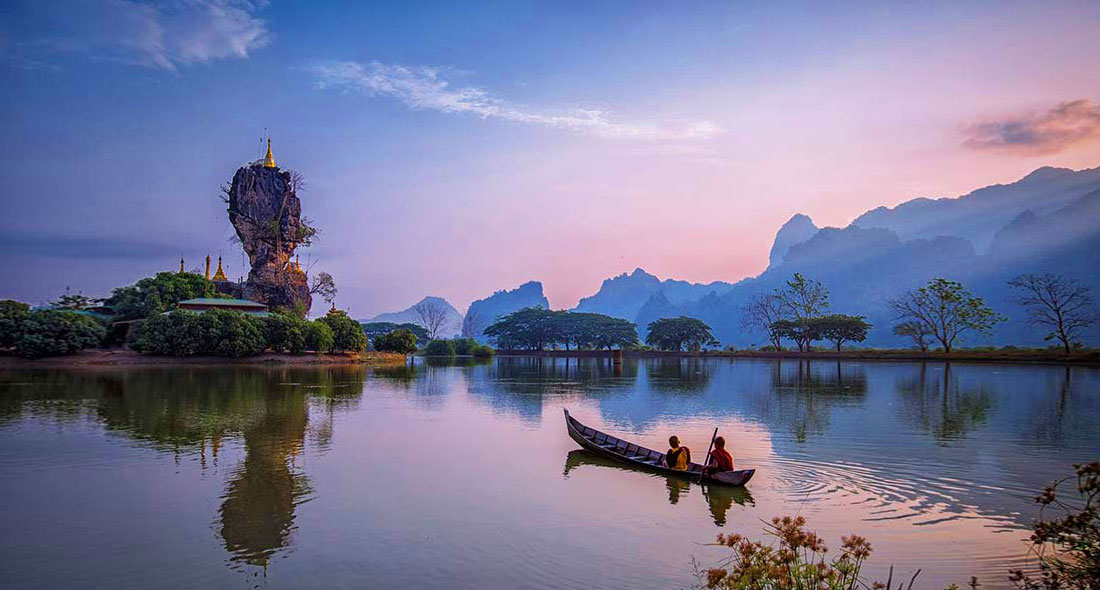 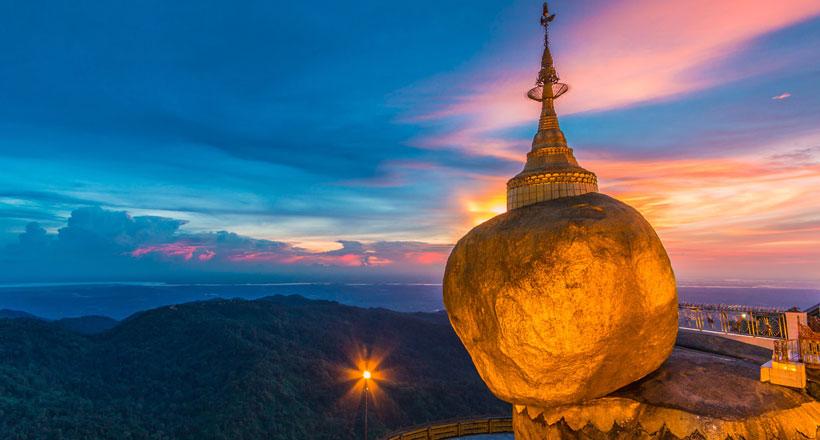 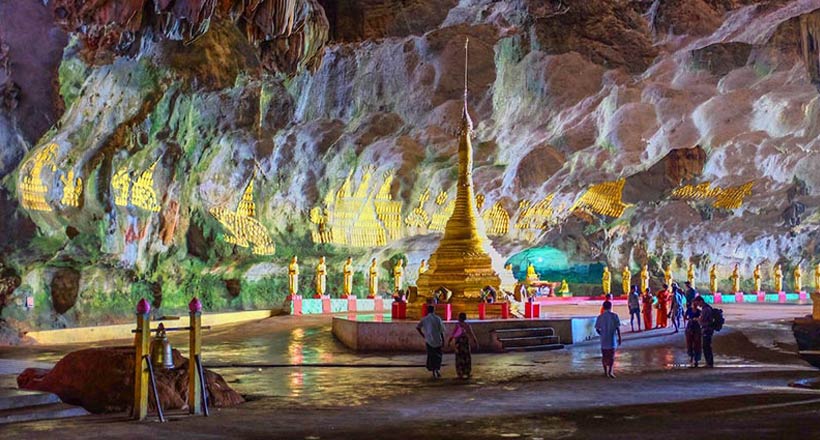 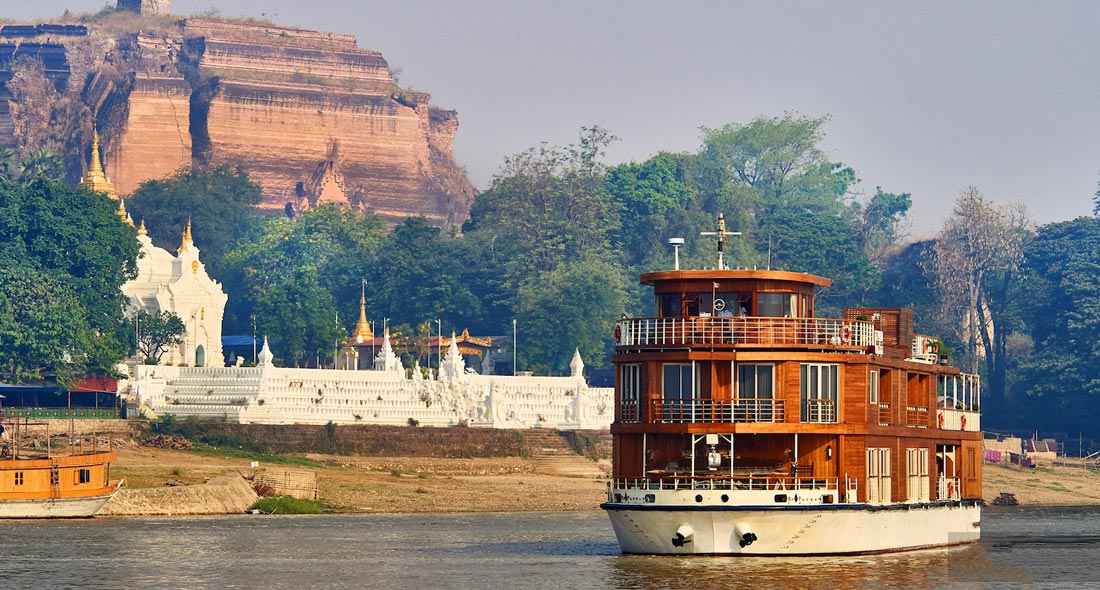 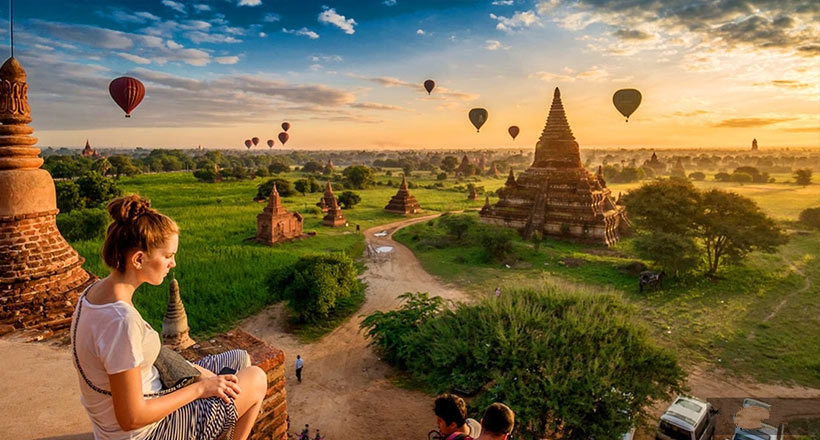 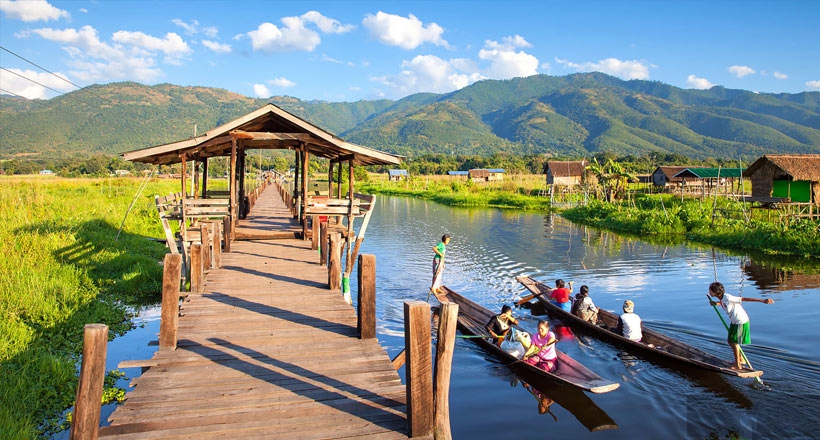 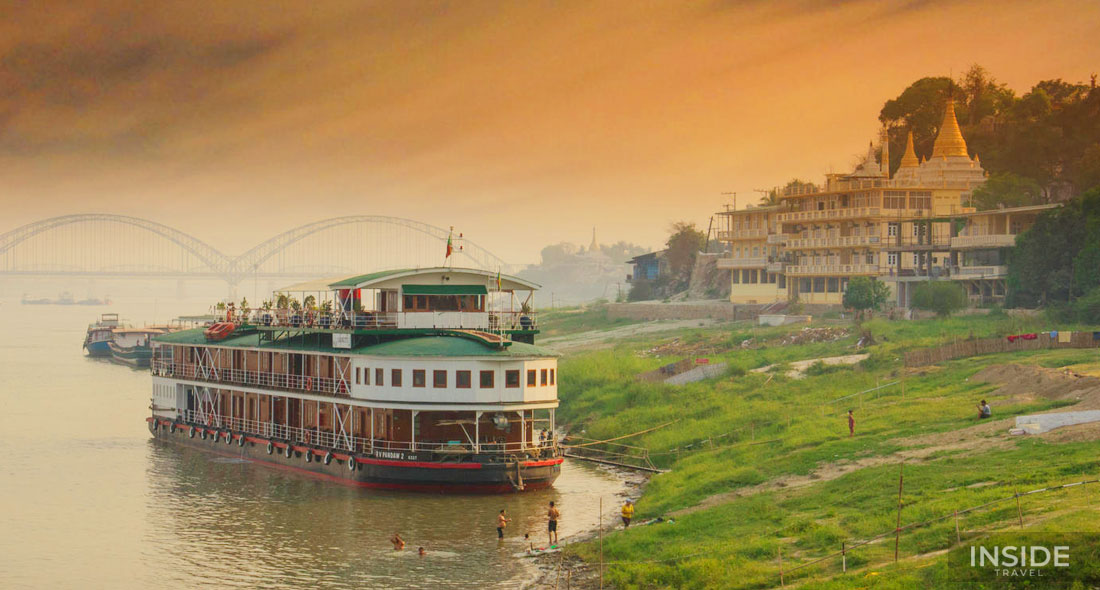 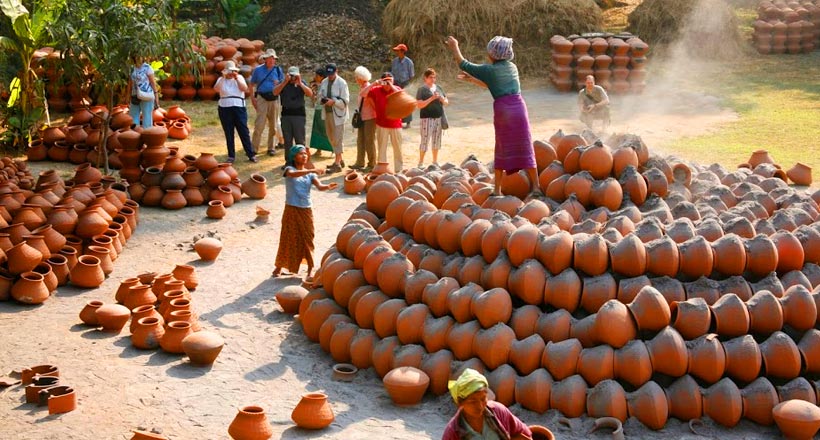 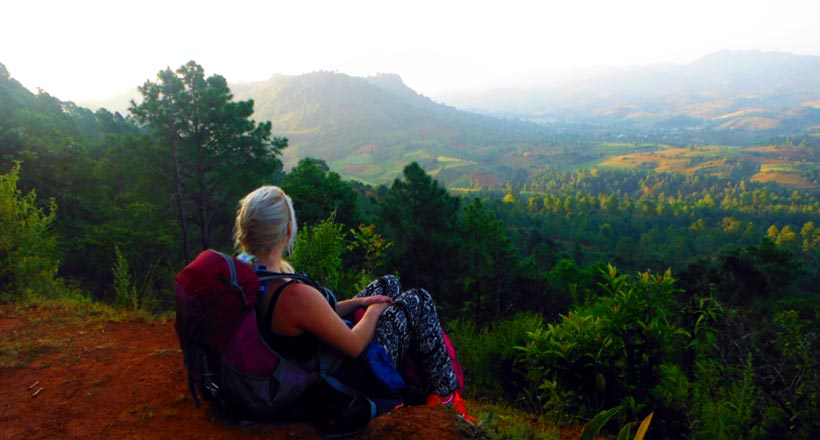