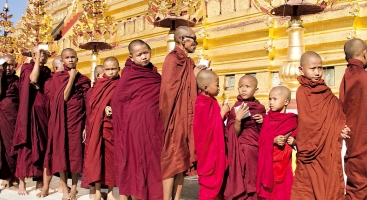 Starting out its prosperous time from the 11th century in Bagan which used to be the heart of the country, Theravada Buddhism has long been a very spiritual value in life of Burmese. This religion was spread in depth and width all over the country of Myanmar thank for the first King of Myanmar Dynasty - Anawrahta (1044 - 1077 AD).

Over the journey of time, Theravada Buddhism, up to now, still the best food for thought which presents deeply in Burmese life, art, architecture and culture, just feel like wherever you see them, you will find a peace of mind. A huge number of pagodas and temples complexes all over the country say it well. Today, Buddhism is the largest religion, also considered to be the national religion of Myanmar since there are all almost Burmese are Buddhist. 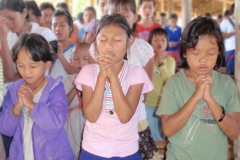 Accounting humbly for only 4% in Myanmar's population, Christians was imported into this country since 18th century and grew just in a small community of Burmese. This religion is divided into two... 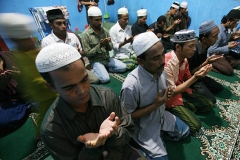 In Myanmar, there is only about 4% of population following Muslims who trust in the Sunni set. A small part of ethnic minorities of Indians, Indo-Burmese and the Chinese Hui people in this Asian...