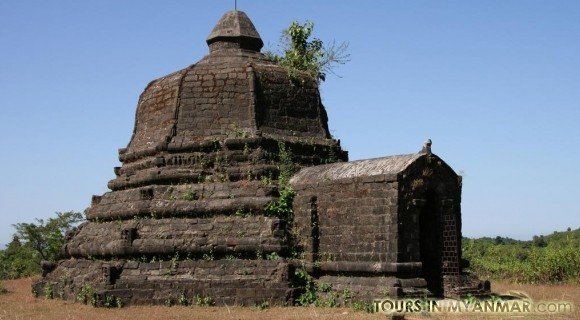 The Mahabodhi Shwegu temple has a location on the hill side in the North of Mrauk U town of Myanmar. It was built in the late 15th century by King Ba Saw Pru, expanding the Mrauk U Empire as well as its defensive systems. The temple which is an octagonal structure with the dome is protected by thirty two spirits. It has Hindu characteristics which is alike to those found at the Mahamuni shrine. The temple is 10 meter high and each side is over 4 meter long. If you want to enter the inside of the temple, you will pass through the Eastern curved walkway. People decorated the inner walls with carved pictures of the Jataka tales and the stories about the previous lives of the Buddha. Visitors can easily observe the 1.80 meter high Buddha image at the temple’s heart. This image is made of stone, painted gold and surrounded by four smaller Buddha ones at each corners which is one of the most attractive things in the temple. 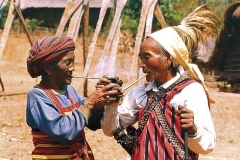 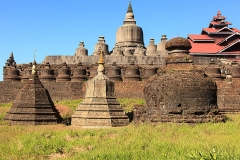 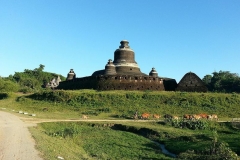 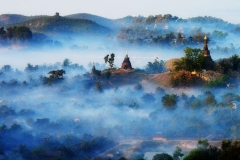 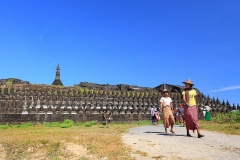 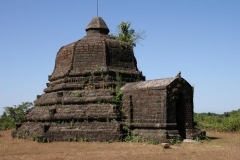