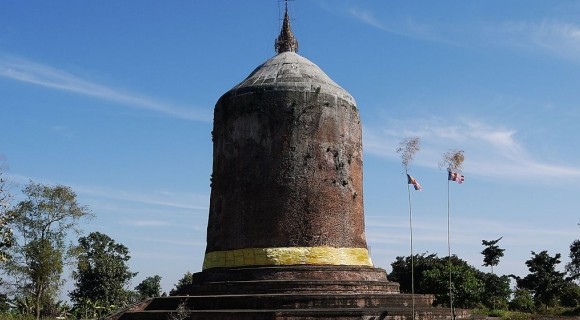 Located in the south of the museum, outside the city walls, are cylindrical Bawbawgyi Paya. Standing over 45 meters high, the brick and plaster of Bawbawgyi Paya with a golden hti on its top is among the oldest stupa, which are least obviously renovated Pyu sights, dating back to the 4th century. It is the prototype of many Myanmar pagodas.

Other cube-shaped pagodas in the area include one thought to have been used by a hermit, featuring eight Buddha reliefs along the lower half of the interior wall and a vaulted ceiling of brick. This site can be accessible by car, which takes only about 6 hours drive from Yangon. There are also express buses which carry passengers every day.

Two-hundred yards northwest is the smaller cube-shpaed Bebe Paya, which has a cylindrical top and a few Buddha images inside. It is thought to date to the 10th century. Just north is the squat Leimyethna, which has a visible iron frame keeping it together. Inside four original Buddha reliefs  (a but cracked, some faces missing) are visible. On either side of the roads around here, look out for long ruts in the ground; they were once brick moats.

A couple of hundred yards to the north is a fork in the road: to the right (north) is a tin roofed cemetery; to the left (west), on the way to ‘Thaungpye Mound’, is the better (but bumpier) way back to the museum. 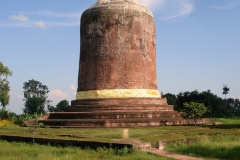 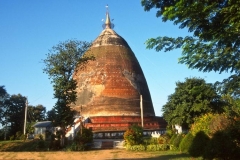 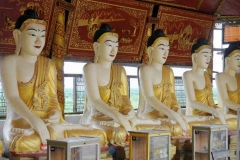 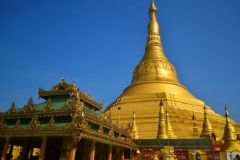 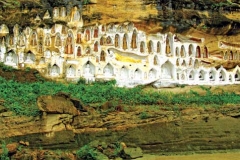